A soulful ballad by Peter Gabriel and Kate Bush, perhaps one of the most under appreciated ladies of prog rock. 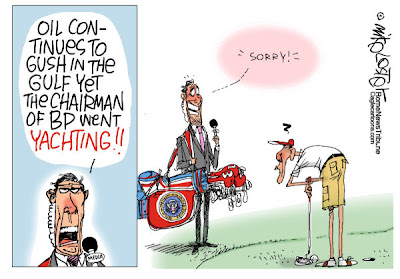 The 4th Sunday After Pentecost

O Lord, make us have perpetual love and reverence for your holy Name, for you never fail to help and govern those whom you have set upon the sure foundation of your loving kindness; through Jesus Christ our Lord, who lives and reigns with you and the Holy Spirit, one God, for ever and ever. Amen.

Its been a stressful series of days since last week, when I learned that my dad was admitted to Brandywine Hospital up in Coatesville. A scare dealing with fluid accumulation in the lungs and a surgery later, he'll be heading home to recuperate and re-energize. We'll be heading up the road for a visit tomorrow.

I've noticed a interesting phenomenon when I return home to Coatesville; everything seems so much smaller than I remember it to be. My first home at 828 Stirling Street, with its steps, front porch and fenced back yard seems huge in my memory. Yet it becomes incredibly diminished when seeing it again in person. The same exists when viewing Coatesville from street level on Lincoln Highway (Lancaster Ave to the rest of the world). The homes and shops didn't seem so packed in together as a kid. The distance between Sante's and Teti's seemed to stretch forever.

I'll have camera in hand tomorrow so hopefully there'll be some photos here later.

Its another great morning at the Salem Fields Library down in Spotsylvania Virginia. Another 24 folk have come out for a morning membership seminar.
Following an opening prayer by the parish Deacon, the senior warden gave a brief presentation concerning the vestry. Father Toby then gave thoughts concerning negotiables vs. nonnegotiables.
Posted by Andy at 10:10:00 AM 3 comments:

Almighty God, we remember before you today this child
known You and his family; and we pray that, having
opened to him the gates of larger life, you will receive him
more and more into your joyful service, that, with all who
have faithfully served you in the past, he may share in the
eternal victory of Jesus Christ our Lord; who lives and
reigns with you, in the unity of the Holy Spirit, one God,
for ever and ever. Amen.

The full story may be found here...

I read the story of how men whom John Brennan has described as ostensibly being on a "quest for personal revival and holiness", sadistically and wantonly snuffed out the life of a seven year old boy as an act of cowardly revenge. Once more, after dealing with the thought of a terrorized child being ripped from his family and having his life strangled out, I'm rubbing my temples in amazement.

I've not heard one statement from Ministry of Truth Spokesman Gibbs, or his boss condemning this act of raw barbarism.

This should serve as yet another reminder of the ramifications of the mortal struggle between the Judeo-Christian consensus and benighted wahabism. The latter seeks to drag western civilization in chains back to the eight century. It is willing to die for a hellish world where women are on par with livestock and lives may be snuffed for a pretext. The former stands in direct opposition to all that the latter stands for.

In all of this, I take comfort in the fact that the one who sees the "one sparrow fall" has seen this tragedy and has made due note. He's made his position clear concerning those who consider hanging children acceptable behavior:

...it would be better for him to have a large millstone hung around his neck and to be drowned in the depths of the sea.

This is disturbing video, and it truly reveals a sin-sick heart in Helen Thomas. Had another talking head made a like statement about any other people group, they'd have been quickly shown the door. After watching the video, I'm left with two possible conclusions. First, she's faded into her twilight years and is now in a state where reason and logic have started to become muddled. If so, its time for Ms. Helen to quietly retire to an assisted living center in Naples, FL. Otherwise, we're listening to a lady who is just plain evil. Spewing venom like that usually requires a Hazmat sticker to be slapped on yer' forehead. Personally, I hope she is in the former state as otherwise, she sounds as one who keeps a white hood, a cross and lighter fluid in her closet.

Having a anti-semite at the Whitehouse on an event like this is tantamount to having David Duke show up in there in February.