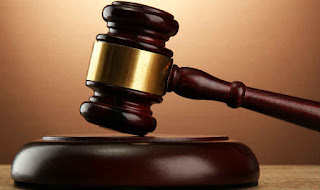 This morning’s thoughts are drawn from this morning Epistle, found in chapter eight of Saint Paul’s letter to the Church at Rome which he penned sometime around AD 57/58 which staying in the city of Corinth.  The letter is perhaps the pinnacle of Saint Paul’s writings, so much so that the 16th Century German Reformer, Phillip Melanchthon suggested that it was “A summary of all Christian Doctrine”.

This summer at All Saint’s, we are doing a preaching series from the Epistle and we’ve had some insightful and inspiring messages, most recently from our newly-minted Priest, Father Jedd Trenum.  With God’s help, I hope to receive the baton from Fr. Jedd and continue sharing from this diamond mine of God’s love, expressed towards his people.
If you have your Bibles in front of you, I’d invite you to turn to this morning’s reading and follow along with me.

This morning we’re about to consider a portion of the Epistle that has brought much comfort to saint’s throughout the ages.  Yet at the same time it has been a source of false comfort or assurance form whom the promise has not been made.  I’m certain that you have heard well-meaning persons share some of Romans 8:28 with someone who has experienced a tragic loss, or is in the midst of a difficult or trying season of their lives.  I stress the term “some” because they will omit the full verse, which would drastically alter what was being conveyed.  Today, if you’re a child of God, you can rest in full assurance on the promise of this verse, because not only are you the object of this sentence, but also the object of God’s love.

Conversely, If today someone were find themselves outside the family of God and willfully walking in disobedience to His kingdom, this promise is not only void, but the reality is 180 degrees away from the promise.  Saint Paul reminds us in Roman’s 6 that the wages of sin (or a life lived apart from God) is death.  Therefore, by implication, we could conclude that we know that for those who reject God all things do not work together for the good, for those who have resisted being called according to his purpose.  This said, I can also say confidently that this is a treatable condition.  God is calling, and continues to call those who are estranged from Him to be reconciled back to Him through the propitiatory death and resurrection of His son, Christ Jesus.

Why do “All things work together for good”?

We’re the recipients of “Divine Prayer”

One of the first, and foremost reasons that all things are working to our good is the fact that we are recipients of Divine Prayer.  In the same way an earthly parent prays for their children, the Holy Spirit prays for us as God’s children.  While being God’s children in this present age, we continually find ourselves along a line of Divine demarcation line between the present and the eternal.  Consequently, we live along a line of tension between being children of Heaven while living out a sojourn here on a fallen world where, as Saint Paul described, this very cosmos groans and longs for the moment when Christ himself sets all things in order as Saint John described in Revelation 21:5.

Rev 21:5 ESV] 5 And he who was seated on the throne said, "Behold, I am making all things new." Also he said, "Write this down, for these words are trustworthy and true."

In this, we live most of our lives five to seven feet above ground level and go through life with a limited horizon.  Our perceptions are limited to the physical and though we strive to pray earnestly, fervently, and effectively, our prayers fall short, too often landing like a poorly hit softball in the infield, or a shanked golf ball off the tee box.
In spite of this, things work towards our good because God the Holy Spirit is praying for us.  He sees our weakness, our spiritual near-sightedness and comes along side us.  I want you to picture for a moment, those times when you are enmeshed in deep, soul-shaking prayer.  You may be seated by a loved one in the ICU, or be in some immediate danger.  It is at this very moment that the Holy Spirit is there alongside us, uttering intercessory prayer that is deeper, and more profound than we can comprehend.  Just as it was the will of the Father that the Holy Spirit would come alongside us, empowering our faith and our lives to walk this world as His witnesses, it is the Father’s good pleasure to have His Spirit praying with us, and for us.  This should also serve to humble us, should we begin to imagine ourselves as mighty prayer warriors.  Without the Holy Spirit’s intercessions, what would the fruits of our prayer lives look like?

We’re the recipients of a “Divine Calling”

Saint Paul, in further unpacking the truth of why all things are working for our ultimate good, does so in a compelling fashion.  For my fellow language geeks, this line of reasoning are referred to as a line of Sorites, where the predicate of one’s sentence, becomes the subject of the subsequent sentence.

In our continuing to consider why all things are working to the good for the child of God, we can’t ignore the fact that we were called, from eternity past, to be recipients of this grace of God; it was the Father’s perfect will from the mists of eternity past.  Verses 29 & 30 take us through a powerful description.  From a time before time, we were known and loved by the Godhead.  This foreknowledge is expressed in the original word “pro-ge-no-sko”, a powerful word that not only conveys the idea of foreknowledge, but of a foreordination.  Usually when we speak of ordinations, most of us think in terms of those who’ve received a calling and have been set forth as Bishops, Priests, or Deacons.  But every child of God has received an ordination of such, and in this foreknowledge, the Father then proclaimed this to be in His royal decree of His predestination.  Think of this, and it is a bit mind-blowing; and a point, we were seen in the heart of God.  At that moment, He decreed that we would be conformed to the image of His Son Jesus, so that He, the only begotten son of the Father, would be honored above all.  Because of this Divine decree, we were called into a life of faith in God, through His son Jesus, by the power of the Holy Spirit.

This calling now begs the question; how can the unholy, and totally depraved stand before the holy and infinite without being utterly destroyed?  That person would be unable to stand before the presence of the Almighty with out having their atomic particles scattered to the four winds.  Consider the words of the Prophet Isaiah when he was swept up into the throne room of God, “Woe is me, for I am undone!”  Or, even the writer himself who was struck down on the road to Damascus?  No, the Father knew that in order for us to stand in his presence, we would have to be given a right standing.  This moment occurred at that moment when we responded to His call.  Because we placed our faith in Him, though responding to his invitation, we were made Just through faith.  This isn’t a New Testament innovation.  From the time of Abraham, we learned that those who were Justified before the Father, were made just by their trust in Him and His promises.

This takes us to the logical end of this chain of glorious events where Saint Paul declares that those whom the Father has justified, are those that he has also glorified.  This glorification of the saint will be fully manifested at the appearance of the Messiah, whereas Saint John declared:

Beloved, we are God’s children now, and what we will be has not yet appeared; but we know that when he appears we shall be like him, because we shall see him as he is. I John 3:2

Because so loved us, the Father declared in eternity past, that we would be glorified through all eternity, being seated in the heavenly alongside of His Son.

This is potent truth, and it’s also a point where we could easily find ourselves sucked into moments of doubt or uncertainty.  Troubling thoughts like “What if I’m not called?”, or “What if I only THINK I’m called?” may creep into our heads.  If I could offer some assurance, it would simply to be to say that if you weren’t a child of God, you wouldn’t be worrying of whether you were His child or not.  Where the child of God desires to please their Lord, the unregenerate heart doesn’t really give much thought to this at all, living their lives as one whistling past the graveyard, so to speak.  This morning if you said yes to the Father, its because He’s foreordained and predestined you to do so.

We’re recipients of a “Divine Justification”.

Now Paul brings us to that moment where Lon Solomon, one of our neighboring Pastor’s, would refer to as that  “So What?” moment.  He asks us, If God is for us, who can be against us?  It’s a rhetorical question in its original rendering where Saint Paul literally proclaims, “If God is for me, who can be against me?” Let’s say that aloud in order to make it stick (Repeat - “If God is for me, who can be against me?”) How much more evident is this fact considering that God the Father gave God the son, His perfect image made incarnate in the man, Christ Jesus, to be the propitiatory sacrifice, as an atonement for our sins.  I’m not a fan of this statement, but some have said that the Father bankrupted Heaven to pay the price of our redemption.  Though you really can’t bankrupt the infinite, you can offer up your most priceless treasure, which is what transacted on the cross on our behalf.  So by extension of this fact, who may successfully indict us as we’ve been acquitted by the highest court in the universe?

Finally, we may rest assured on the fact that all things are working to the good for the child of the Kingdom, because Jesus himself continues to intercede to the Father on our behalves.  The Lord who prayed for Saint Peter, who prayed for us in the garden, continues to seek the Father’s heart for His own.

So, what do we say in all of this?  When we confidently state that “All things work for the good for those who love God and are called according to his purpose.” We’re not parroting some dayspring greeting card sentimentality, we are declaring the counsel of the Almighty and an ironclad promise to the child of Heaven.