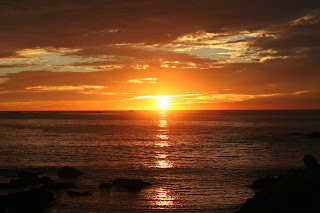 In December 1971, it was seasonably cold in Pennsylvania.  I was  a nine year old forth grader who was daydreaming of what Santa might bring in the next few weeks.  Hot Wheels were high on my list and if I recall correctly, my heart was set on the Mongoose verses Snake play set.  Beyond my nine year old horizon, a case was being heard within the halls of our Republic's Supreme Court.  In question, did a woman have the unfettered right to end the life of a child she was carrying in utero.  The case would be reargued a year later, before ultimately being ruled upon on January 22 1973.  By this time, the fabric of my childhood had been torn asunder by the separation of my parents.  Years before this, I had already learned of abortion's horror when the Monsignor at Saint Cecelia's spoke of it from the pulpit.  While I knew babies grew in their mother's stomachs (while not knowing just HOW they got there), the revelation that they could be wrenched from the safety and serenity of their mother's belly was dark and scary.  Even so, the notion would permanently dwell in that dark, scary place alongside mom and dad's divorce, and Soviet thermonuclear annihilation.

While I was always personally opposed to the practice of abortion, I was able to find my voice, opining my thoughts in the mid 1980's.  Editorials/Letter to Editors followed, along with candlelight vigils outside of abortion provider facilities.As we engaged, the practice of abortion became further entrenched and more militant.  Where once, the practice that would have been unheard of beyond the first trimester, was now being performed well beyond the demarkation of viability and into the transnatal stage. At abortion's nadir, Pediatricians like Virginia's Governor Ralph Northam were openly discussing protocol for postnatal infanticide.

Finally, it would take a new generation of jurists who could recognize that the "right" to feticide wasn't envisioned by the founders; the Roe versus Wade decision was soundly reversed.

Abortion isn't going away,  but it will now be a matter for the States.  There'll no doubt be states that not only retain abortion, but will double down in loosening any and all safeguards preventing this in utero destruction.  Other states have begun to move towards absolute prohibition.  I suspect though, that there will be a demarkation line in most states that uses viability as the standard.

A dark chapter has ended, and a new one has begun for the Republic.  By God's help, may we get this one right.