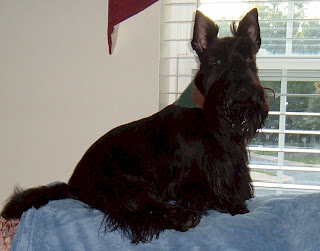 The Silly Season is upon us (Although it feels as though this season began back in January 2001 at GW II's first inauguration). You can't pick up a paper or turn on the radio or the idiot box without being lambasted a political onslaught.
In this maelstrom, pundits far and near are tossing out their endorsements for our next Chief Executive. Coulter's, Limbaugh's and many others have laid their annointing on a number of would-be leaders. Not wanting to be behind the curve, the Catbird thought it wise to make his endorsement for the next leader of the free world.

Funny, but endorsements are like belly-buttons (I'm keeping this family-friendly), everyone has one (Save Adam & Eve). I don't know if a single pundit or blogger's endorsement has ever tipped the scale towards a particluar candidate or not, but just the same I' am throwing my two cents towards a natural leader. Forget the Pack, forget the "Huckaboom"; the clear choice for our next leader rests on Stafford Virgina's own native son, Barney O'Kane.

More on his political chops soon...