On the First Sunday in Lent -- Walking the Via Christi 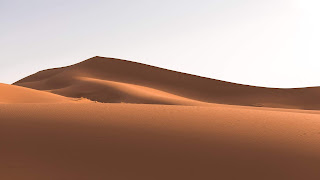 From the pulpit of All Saint's Anglican Church this morning:

Five days ago, many followers of Christ set off on their Lenten journey, but this wasn’t always the case for the Church.  In the earliest days of the Church, Lent would have started tomorrow. This observance existed until the sixth century, when in the west, the start of lent shifted backwards to the preceding Wednesday. In this, Lent would consist of forty weekdays.  Interestingly, our Eastern brothers and sisters continue to begin their “great Lent” tomorrow. Much has changed in the millennia following its inception.  Today, for the irreligious, Lent has become the fodder for crass jokes and banal humor. For much of Western Evangelicalism, Lent is dismissed outright as something “Catholics do”.  Mockers will continue to mock this season of Lent.  Yet for all of those who name Jesus as their redeemer, in their dismissal of the Lenten season, rob themselves of a great blessing.  This season of Lent is integral to our spiritual lives as Anglicans, allowing to take forty days of intentional devotion to our Lord.  Within our Prayer Books, we see an unambiguous call to this proactive consideration to a Call to a Holy Lent.  In this, we read of the purposeful activities that the greater Church engaged herself with.  It was a time when Catechumens, those desiring to become children of the Almighty, received instruction in the faith they were preparing to profess.  While others, those who had committed grievous sin, underwent church discipline and awaited reconciliation as they bore fruits of true repentance.

I have, in years past, set out with the best intentions of pursuing a holy lent only to see those intentions cater off the edge of the runway.  This can be laid at the feet of attempting the Spiritual through the agency of the Flesh. Being a slow learner, I’d dust myself off and try again next Lent.  Now, given a popular definition of insanity, that being repeatedly following the same steps while expecting different results on the next go, I was doomed to failure.  Yet, what if we were to consider something novel, something that has been right in front of us all these years? What if in following the example of Christ Jesus in his forty days in the desert, we could see that in that example, he blazed a path, a Via Christie of sorts, where we might also reap the fruits of a Holy Lent. Its from this than I’ve titled these thoughts, “The Via Christi”.

Led by the Spirit.  Jesus was led by the Spirit into the Desert for a forty day Fast.  Scripture speaks to the purpose of this type of fasting, so even though scripture is silent in this case, we can confidently believe that this fast was a time that allowed him to set self aside for the purpose of hearing from God the Father. There is scriptural precedent to believe this was a period of Divine Communion as witnessed in the life of Moses captured in the Book of the Exodus:

[Exo 34:28 ESV] 28 So he was there with the LORD forty days and forty nights. He neither ate bread nor drank water. And he wrote on the tablets the words of the covenant, the Ten Commandments.

I accept the Scriptures intentional silence of what occurred on those hot days and cold nights in the Judean wastelands.  We can glean that he was exposed to cold nights as whatever warmth from the day disappeared under clear desert skies.  In this primitive setting, Jesus waited, watched, and prayed.  At the end of forty days, Jesus was hungry.   Though there’s an impulse to consider this an understatement, I believe its quite the opposite, pointing to the absolute humanity of Jesus the Nazarene.

Its in this moment that we can hear our call to enter into our call to a holy lent.  While the call to pick up our cross and follow Christ is a Daily one, the Lenten season creates an intentional space for us to do this, both as individuals, but to do so in community.  Families, small groups, and the entire parish is called into this season.  Its also reinforcement in the notion that looks at the walk of faith as an “communal event”.  While its absolute truth that we come to the faith as individuals, we’re called to live out that same faith in community.  Some faith communities, the NALC in particular, has the practice of coming together for “Lenten Soup Suppers”, a time for a modest meal, worship and prayer.  But this is just one of many examples of saints answering that Call to a Holy Lent.

The Temptation of the Expedient.  As westerners, we’ve been historically (until rather recently), taught to not sit around idly waiting for something to happen, but to dive in and take care of whatever obstacle besets us.  We learned this at a tender age when learning of Franklin’s Epistle to the Yankees where the sage declared that the “Lord helps those who help themselves.”  There were no apparent limitations that would have prevented Jesus to command the stones to become warm nourishing loaves.  Recall how at Cana, he changed dishwater into a fine wine.  Twice along the shoreline, he fed a total of 9,000 with baskets to spare.  A hot loaf of bread would have been nothing at all. Now, I did earlier say that there was No Apparent reason but the reason becomes clear in Christ’s first response to the Tempter.  As Christ was experiencing this stomach-chewing hunger, he was identifying with Israel and the hunger they experienced in the Sinai as they learned to trust Yahweh in his speaking manna into existence.  This truth was contained in his response:

Like Moses, Jesus had been in the presence of the Almighty for nearly a month and a half, all the while being preserved from starvation.  Like Abraham before him, he knew his Father as Jehovah Jireh, the God who provides.  With his will in complete submission to his Father’s, there was the perfect bond of trust that when it was time to eat, the Father would ring the dinner bell.

While clearly, not all expediency is sinful.  Yet we must always strive to avoid sinful expediency. The mindset that would say, “I got this Lord” can potentially lead to spiritual disasters.  Just in the same manner that we’re called to be faithful in small matters, we’re called to trust God in all things, including the “small stuff”. In our call to a Holy Lent, we too are called to fast as one of the six disciplines cited which include self-examination, repentance, prayer, acts of mercy, reading, and meditating upon the Word of God.  Each of these allow us to not only encounter the mind of God through the reading, meditating, and “inwardly digesting” His word, but to become His heart and hands extended to the world around us.  Too, in these, we’re learning greater trust in the one who redeemed us.

The Temptation of the Presumptuous. The tempter spoke a second time to Jesus with a more complex proposition:

[Mat 4:5-7 ESV] 5 Then the devil took him to the holy city and set him on the pinnacle of the temple 6 and said to him, "If you are the Son of God, throw yourself down, for it is written, "'He will command his angels concerning you,' and "'On their hands they will bear you up, lest you strike your foot against a stone.'”

Christ finds himself now seated on the highest point of the Temple.  Far below him might be Priests, Levites, and the faithful.  R.G. Tasker suggested that this may have occurred at the time of the evening sacrifice where one may not have been as visible as in the daytime.  From the standpoint of a mortal, this was a precarious point where one misstep would result in a quick plummet to a certain death.

This wasn’t as simplistic a temptation as the previous one as now, reminiscent of the temptation of Eve, the adversary adds a flourish in inserting the words of the Psalmist, though wildly wrenching them out of context.  The implication was clear.  Surely, if Jesus were indeed the Christ of God, then God would be obliged to intervene and save him from peril, even dispatching the Holy Angels to fly swift to his aid.

Once more, Jesus offers a swift rebuke as he “Quotes Deuteronomy to the Devil”:

7 Jesus said to him, "Again it is written, 'You shall not put the Lord your God to the test.'"

Christ would have no part in anything that would force the Father’s hand in intervening to “clean up” an act of willful disobedience. The fact that the Father had promised divine protection for the Messiah was not only a matter of Old Testament prophecy, it was seen played out in the Nazarene.  As a small child, he was supernaturally protected from the megalomaniacal Herod as he dispatched a detail to murder, not only the Christ Child, but all the toddler boys of Bethlehem.  Early in Christ’s public ministry, Saint Luke recorded an instance of this divine protection in a moment that has some interesting similarities to this moment on the Temple pinnacle:

[Luk 4:29-30 ESV] 29 And they rose up and drove him out of the town and brought him to the brow of the hill on which their town was built, so that they could throw him down the cliff. 30 But passing through their midst, he went away.

While proclaiming the words of Isaiah on a Nazareth Sabbath, an enraged mob sought to throw Jesus down to the bottom of a cliff. Yet he simply walked through them and onto his next appointed stop in Capernaum.  This was according to the Father’s will, a will that will never be thwarted.

In our forty day pursuit gives an opportunity to pause in reflection and self-examination, asking have we acted presumptuously in the presence of God?  Do we find ourselves grumbling over unanswered prayers or unmet expectations? We must understand this; unchecked presumption spawns unchecked entitlement. Unchecked entitlement places us in a spiritually precarious position.  If through self-examination we find we’ve slipped into this rut, we can through repentance and prayer, make a right beginning.

The Temptation to override Divine Decree.  The Adversary, in the last in this round of temptation, presents a vision of all the kingdoms of humanity in a moment.  My mind boggles considering the possibilities of what all Jesus saw at that moment.  Satan offers a “modest proposal”; take a knee and I will and them over to you. In another temptation steeped in utilitarianism, the Word of God, the one who saw Lucifer fall from heaven is now asked “bow”.  If ever the end justified the means?  No pain or suffering, no humiliation or dying like a common criminal. But at what cost?

Had Jesus buckled under temptation and took a knee, the cost would have been devastating, going far beyond the loss of Divine honor, it would have resulted in the loss of His Bride the church.  In other words, had Jesus taken the easy way out, we would be left without a redeemer; and without hope of redemption. It was at this moment that Jesus delivered a withering rebuke, once again paraphrasing the words of Deuteronomy:

As the echo of that rebuke reverberated in the Judean wilderness, the Devil departed and at once, Christ was attended to by His holy angels.

I can promise you; as you endeavor to keep a Holy Lent, our adversary will do his level best to throw out distractions, squirrels and shiny objects in an effort to take our minds off of Christ and the Via Christi.  When this happens, we’re called to stand up and prayerfully press on.