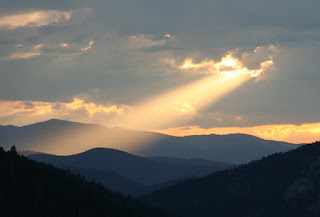 
O God, by the passion of your blessed Son you made an instrument of shameful death to be for us the means of life: Grant us so to glory in the cross of Christ, that we may gladly suffer shame and loss for the sake of your Son our Savior Jesus Christ; who lives and reigns with you and the Holy Spirit, one God, for ever and ever. Amen.

So much had happened in a few dozen hours; a man dead four days was walking among the living, the words of Zechariah 9:9 had been fulfilled


Rejoice greatly, O daughter of Zion! Shout aloud, O daughter of Jerusalem! Behold, your king is coming to you; righteous and having salvation is he, humble and mounted on a donkey, on a colt, the foal of a donkey.

Now the voice of God the Father was rolling like thunder. Doubtless, many of those gathered in
Jerusalem for the passover may have sensed in their hearts that they were on the cusp of something epic, something that was paradigm-shifting. Yet for all of this, the Christ is standing center stage, with a heart that grows heavier with each beat.

A heavy heart is not an enviable possession and I suspect that most reading this this morning have the sense of a heavy heart.  Even so,  our heaviest of hearts could never even approximate what Jesus was experiencing.

What weighed on Christ's heart? Was it the knowledge that in less than 72 hours, he would become the recipient of 15 hours of hell on earth? Was it knowing that the city where he stood would be leveled and her residents the recipients of imperial genocide? I suspect that what was occurring at present was certainly a cause for sorrow. At this point, the city was swelling and surging as pilgrims filled Jerusalem in preparation for the Passover. The lion's share of those coming for the Lamb of Passover would ultimately reject the Lamb of God.
Posted by Andy at 6:41:00 AM

Thanks for your blog today, Andy. I used it for my devotion just now