How to Grow a Church 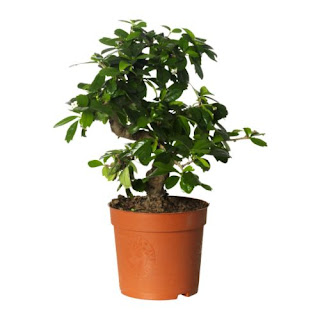 (Blogger's Note: This is a "re-write" of a piece that was begun yesterday. Upon examination, it had a bit too much "punch-in-the-face" factor, so I've begun take two on the essay.)
My thoughts this week have orbited around the Church. Not just Celebration, but the church as a whole. In my approaching half century, I've had a relationship or been an active member of fourteen churches. Granted, this number is probably higher than average due to twenty years of military service and the requisite military moves. I suspect that you too, gentle reader, have had a relationship with a few churches. Each of these churches had their own distinct flavors, ranging from Irish-American Roman Catholic, to primitive mountain-folk Pentecostal and not surprisingly, each had their admirable qualities. Conversely, Many of them had undesirable qualities that adversely affected them and in some cases, led to their demise as a faith community.
If we were to consider all of the churches in our lives, the thriving/successful along with the dysfunctional/dying ones, our minds quickly draw a series of questions. What makes the thriving church thrive? Or, what's at the root of a dysfunctional church's decline and death?
I'd like to state from the beginning, that I don't believe in gimmicky, pop-wisdom methods for growing churches. It doesn't take a "rockstar preacher" or earplugs to build a successful, thriving church. Conversely, churches don't decline and die because they don't employ the latest multimedia tools, tips and tricks. No, let me say emphatically, that the reasons for either growth or decline are found solidly within the pages of Holy Scripture. We don't grow sustainable churches by becoming a disciple of Barna Research Group or Aping the latest thing that Willow Creek or Lifepoint is attempting, nor do we kill a church by not hanging on every word of a certified church planter.
Let's close this installment by getting one fact straight from the start; we don't build churches, period. The Church is being built by Christ Jesus, who in addressing St. Peter said:

"And I say also unto thee, That thou art Peter, and upon this rock I will build my church; and the gates of hell shall not prevail against it."

If you preach it, they will come. Teach them to preach it and it will grow.